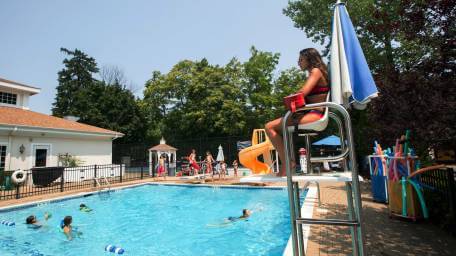 While families are signing on for the summer, it’s not without wanting to know the specifics of how camps will protect their children, camp directors say.

Camps that opened last summer have shared their best practices with other Long Island camps, says Will Pierce, owner/director of Pierce Country Day Camp in Roslyn and president of the 30-member Long Island Camps and Private Schools Association. Pierce had 700 people on its campgrounds every day during the summer of 2020 without a single case of COVID-19, he says.

“In the worst-case scenario, day camps will be open under the guidelines from last summer, which worked incredibly well,” Pierce says. Those included pre-camp temperature checks, mask wearing by staff, small cohorts who spent the day together, and other restrictions.

But camp directors say they are waiting for the state to hand down 2021 protocols in the coming weeks, which may amend requirements. “That’s still an eternity in terms of the world we live in; things are changing quickly,” Coleman says.

Transportation to camp will also return; last summer parents for the most part had to drop their children off and pick them up. But how that will be handled hasn’t yet been prescribed by the state, Pierce says. His camp has its own buses and has been operating them for local school districts with all students wearing masks at a 50% to 66% capacity so that each child can sit next to a window and windows can be open when it’s warm enough, Pierce says.

Diana Shapiro, 38, of Great Neck, who works in finance, says her three children are the third generation to attend Pierce. Last summer, however, she and her husband decided not to send them because of uncertainty. This year, they feel comfortable sending them back; their older son and daughter, ages 10 and 7, will go to Pierce’s sister sleepaway Camp Birchmont in New Hampshire and her younger daughter, 5, will attend Pierce on Long Island.

The fact that their friends sent their children to Pierce last summer and had only good things to say, coupled with Shapiro’s expectation that vaccination rates will climb by summer, made the family feel good about resuming camp. “Things are just getting better,” Shapiro says.

Read the full article at Newsday.com

Beth Whitehouse writes about families, parenting and great things to do with the kids on Long Island. She’s been a Newsday editor and shared a 1997 Newsday staff Pulitzer Prize for coverage of the crash of TWA Flight 800.