We’ve been having many memorable moments and fun times these last two weeks, too many to count, really. But last night is worth re-living today because of the sheer joy on stage, and thunderous support campers showered on the cast of the end of summer musical production.

The Little Mermaid had a talented, enthusiastic cast who put on a fantastic show in spite of little rehearsal time the few days before, as trips rolled in and out of camp. 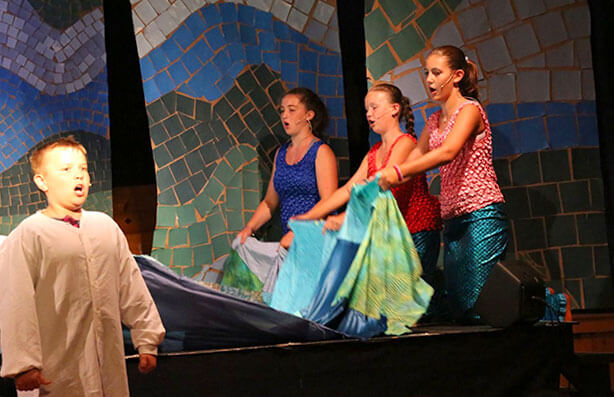 Our Theater Director, Steve V and Dance Captain, Sammy R, stepped up their game to work with cast members, choreographing musical numbers to perfection then pulling the whole show together with great success. The sets and costumes were beautiful and unique, creating an underwater world, evocative of the animated film.

The night belonged to a few leads who brought the play to life along with a stand out ensemble cast. Sophia T as Ariel sang sweetly, and had the whole camp rooting for her as she delivered the solo “Part Of Your World” with poised perfection. 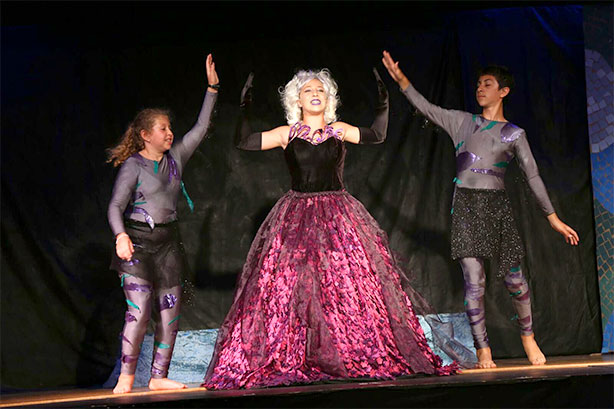 The villainous Ursula played by Isabella G, was everything a Disney villain should be, bigger than life, badder than bad, with talent oozing from every pore. Isabella’s rendition of “Poor Unfortunate Souls” was haunting and fabulous at the same time. She channeled a Bette Midler bravado as she sang her heart out and danced around the stage with her evil companions, Flotsam and Jetsam played by Rafida M and Sam B.

Ariel’s mermaid sisters were a tight ensemble of singing, dancing, girls who exuded personality plus in several scenes. They were played by: Finn B, Ariana K, Sammie G, Mika B, Phoebe O and Isabelle B.

Colette M gave a star turn as the singing crustacean, Sebastian who led the cast in a rousing rendition of “Kiss The Girl” which prompted one of two standing ovations. 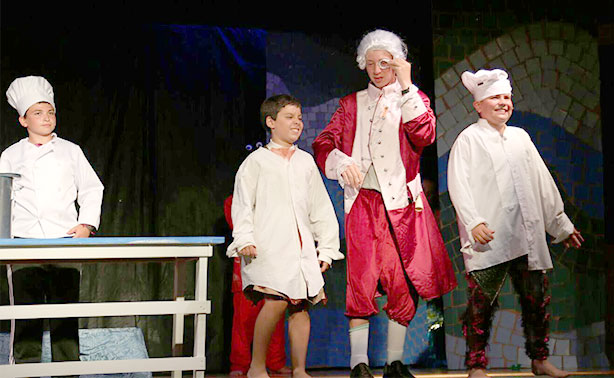 Some of the other notable voices were Gabe P who was totally terrific and can be heard singing all over camp, and Francesca G who was adorable as Ariel’s side kick seagull Scuttle. Ben M, Andrew M, Hachem M, Angel M, Luke C and Mikayla A added so much to the great ensemble who showed their acting chops to the delight of the crowd. Special thanks goes to the Notches staff and Raquel G, and Hailey K for help with costumes, and production.

We are so excited to break Color War with our camper produced Booth Carnival. It never ceases to amaze how original ideas, traditional booths, poster board signs, dunk tank, cotton candy and all manner of created edibles bring our main baseball field to life with not a ball or bat in sight. Although our camp will divide into the four colors of contests on land, water and in song, we know we will come together again to end this camp season and reunite next summer, stronger for friendships found and memories made.