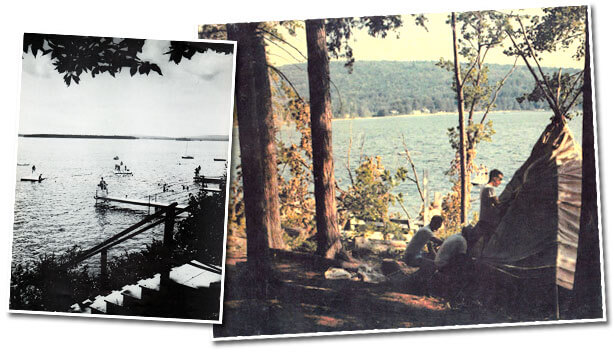 When my wife and I learned that the New Hampshire Boat Museum would be featuring an exhibit on Lake Wentworth this upcoming season we were pleased to share some of the history and personal recollections from our forty summers spent at Pierce Camp Birchmont on Wentworth with museum director Lisa Simpson Lutts.

We were both campers at Birchmont in the 1960’s and became staff members in the 1970’s. After a ten year hiatus we returned in 1984 to run the Boys Camp and Girls Camp respectively and give our sons the opportunity to experience overnight camping. My wife, Valerie Justice, currently is the camp photographer and I continue to Head the Boys Camp.  Birchmont has been a summer home to us in earnest as well as to thousands of campers and staff from around the United States and many countries.

Birchmont was originally founded as camp in 1907 when Professor Ambrie Fields and his wife purchased the historic Mt. Delight farm in East Wolfeboro from S.W. Clow.  Ambrie Fields was the principal of the Young Ladies Seminary of Cambridge, Massachusetts.  The camp attracted “girls and young ladies” interested in “nature studies and sports.”  Academic tutoring was also available.

In the 1930’s and 1940’s Birchmont was a summer camp for adults directed by Russell and Helen Hemmenway from Newton, Massachusetts. Individual cabins with fireplaces were rented to vacationers with meals served in a main dining hall. These cabins and the dining hall as still used today. Activities included hiking, horseback riding, swimming and boating.

In 1951, Forrester “Pop” Pierce purchased the property and the following year Pierce Camp Birchmont opened its gates as a private residential camp for children. Pop Pierce, an educator, football coach and athletic director, is regarded as a camping pioneer having opened America’s first Day Camp in 1918.

Third generation Directors, Greg and Laura Pierce, have been at Birchmont’s helm for 27 years.   Both attended Birchmont as campers, raised their two children at camp and maintain the many strong Birchmont traditions while continuing to improve the facilities and curriculum.

On a personal level, some of my best memories as a camper include three day canoe trips down the Saco and Ossipee rivers, climbing Mt. Chocorua, the great baseball rivalry we had against the Wolfeboro American Legion Post team, learning to waterski and sail, competing against other area camps in sports and developing friendships with campers from different areas and backgrounds.

When my wife and I met with Lisa Simpson Lutts, she asked, “Why has Birchmont survived through the years when so many other overnight camps have closed their doors?” I immediately thought of the many lifelong educators and camp administrators who work hard to “engineer” a supportive environment for the campers. I also thought of the great natural beauty of Mt. Delight and Lake Wentworth.

Two Falls ago we hosted some 80 camp directors from around the nation as part of an American Camping Association Conference and they unanimously agreed that our facility and natural surroundings were spectacular. I am always proud to “show off” our campus.

Ultimately, I think that campers and staff develop a great sense of community, a sense of belonging and affection, and that helps Birchmont thrive. 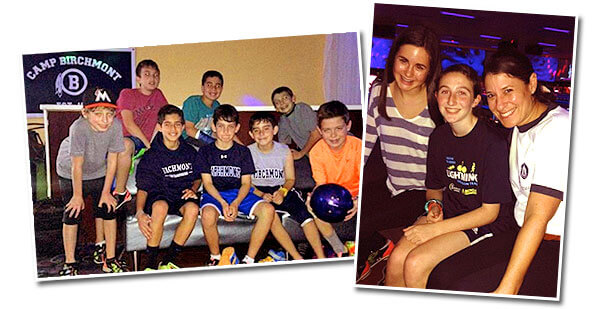 We all had a really good time at the camper reunion held this past Sunday for Birchmont’s Florida campers.

Families from as far away as Jupiter and Miami drove to meet in the middle for some bowling and lunch together in Fort Lauderdale.  We had 30 families in attendance, and even met a few siblings who have enrolled for this summer.  The Florida campers won many prizes in the camp trivia contest, and all went home with a memento, this year’s official winter reunion long sleeve tee given out at the winter reunion in NY last month.

Most everyone agreed that while Florida is a great place this time of year, the only place to be in summer is Pierce Camp Birchmont in beautiful  New Hampshire! 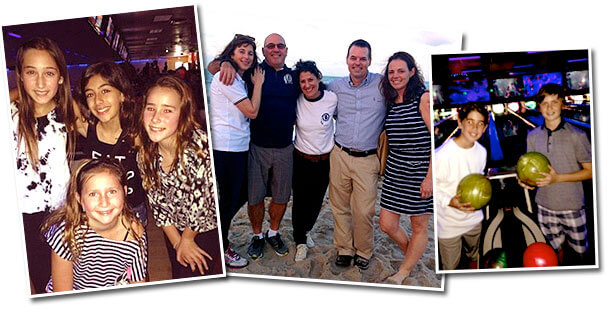 Thanks to Greg and Martine Howes and Polly Goldman for helping us host a successful get together with our Florida camp friends.  It was nice for us to catch up after the reunion at Aruba’s on the beach in Fort Lauderdale where Polly got us the best seats in the house by the ocean.  Thanks of course to all our campers and their parents for joining us for the reunion .  Can’t wait to see you all this summer. It won’t be long now 🙂